Racial Profiling and the Globilisation of Policing: A Symposium

Police Accountability Project > Event > Racial Profiling and the Globilisation of Policing: A Symposium

Over the last 10 years, Victoria Police have contributed to public fear of African ‘gangsters’. Such criminalising discourse is underpinned by police consensus that African-Australian people require intensive attention and that police play a legitimate role in assimilating them to the imagined national community. In this presentation, Bissett draws on police commentary in public media and captured by Detective Patrick Boyle’s research as well as the Racial Discrimination Case in the Federal Court. This account of racialising police discourses indicates the importance of challenging traditional police ideas about their role and the community they are sworn to serve.

‘Hiding Behind a Lack of Data: How effective is Victoria Police’s ban on racial profiling?’

In this presentation, Angela Vivian examines the mechanisms behind how Tasmania Police’s policies on Pursuit and Alcohol & Other Drugs were developed. Her findings highlight several underappreciated aspects of these processes including the strategies policymakers used to manage various goals, consult stakeholders, ensure transparent decision-making, and help police respond to social and political pressures. Vivian contends that improving the transparency of these processes may enhance public trust in the police and a range of their decisions.

In addition to this event, the 2017 John Barry Memorial Lecture will take place from 6.30pm-7.30pm following the symposium. For more information, visit http://alumni.online.unimelb.edu.au/bowling2017 If you have an enquiry please contact Brittany Wilkins: Brittany.Wilkins@unimelb.edu.au or phone 9035 5092.

Global Policing: a Research Agenda for a New Generation

In recent years, there have been radical changes in the form and function of modern policing at both the local and global level. This shift has been brought about by the growth of international policing networks; blurring boundaries between police, border control, the military, and private security; advances in information and communication technologies; and pressure to respond to the transnational nature of criminal and security threats. These changes pose serious questions for scholars, policymakers, practitioners, and the broader community.This lecture calls for a new interdisciplinary research agenda on the globalisation of policing and will consider: how local police adapt to new technologies and respond to transnational threats such as terrorism; the role of law and local democratic institutions when police power transcends national borders; the theories and methods required to understand these changes; and how the visibility and trajectory of global policing can be shaped into the future.

Speaker:
Professor Ben Bowling is an expert in criminal justice and policing with a special emphasis on transnational law enforcement. He is Deputy Dean of the Dickson Poon School of Law at King’s College London and was elected Fellow of the Academy of Social Sciences in 2005. He has published several books including the four-volume ‘Global Policing and Transnational Law Enforcement’ (Sage 2015). He has been an adviser to the UK Parliament, Foreign and Commonwealth Office, Her Majesty’s Revenue and Customs, Equality and Human Rights Commission, Serious Organised Crime Agency, European Commission, Interpol, and the United Nations.

Register here for the symposium.

Register here for the evening lecture by Prof Ben Bowling:

If you have an enquiry please contact Brittany Wilkins: Brittany.Wilkins@unimelb.edu.au or phone 9035 5092. 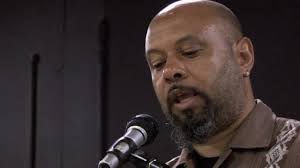 Benjamin Bowling is a Professor of Criminology & Criminal Justice, author and acting Dean of The Dickson Poon School of Law, King’s College London. He is a founding member of StopWatch, a group that works to inform the public about the use of stop and search and to promote fair, effective and accountable policing.

Tallace Bissett, PhD Candidate in Criminology, University of Melbourne is a lawyer conducting research into experiences young African-Australians have with police.

Effective and impartial investigation of complaints against police: 2017
Submissions to the IBAC Committee Inquiry