What is Racial Profiling?

Furthermore, overt operational orders by Victoria Police have been known to target African youth.  For example the Chief Commissioner has agreed that Operation Molto in 2006 targeted African youth. Any operation that targets people for law enforcement scrutiny because of their race is racial discrimination.

Associate Professor Yin Paradies, Co-Director of the Centre for Citizenship and Globalisation at Deakin University, in Victoria presented at a Public Forum on Racial Profiling in April 2013.

His presentation, Racism, Racial Profiling and Health, is available here. 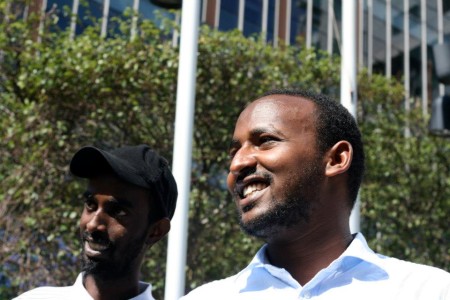 Racially biased policing, or racial profiling is a widespread phenomenon internationally.[3] In many countries, such as the UK, Canada, the EU and the US the phenomenon has been recognised as a problem for some years and substantial steps have been taken to try and address it.[4]  These examples show that racial profiling, especially against young men of African descent, occurs in police forces in Western countries comparable to Australia.

It would be naïve to think that Victoria Police is any different. Indeed, Victoria Police’s exposure to young men of African descent is a comparatively recent phenomenon, and the documents produced in the Haile-Michael case show many of the features which first initiated public concern in England and the USA decades ago. However, methods of policing of indigenous and new migrant communities have long reflected institutional and implicit biases towards people of colour in Victoria.

Racial discrimination, in the form of racially biased policing, has a number of harmful effects. Not only on the community who are racial or ethnic minorities, but on the ability of the police to perform their role. If the community does not have confidence in the police the community are far less likely to report crimes or participate in criminal investigations.[5]

Apart from impeding the police in their duties, it also means that vulnerable members of the community are made more vulnerable as they feel they do not have resources to protect their rights and personal safety.

Racial biased policing causes communities to feel disengaged from the wider Victorian community as a result of feeling over-surveilled and singled out for different treatment.[6] Where this occurs, police are not only failing to uphold the rights of some sections of the community, they are also contributing to the disengagement of some groups from broader society.

[6] Bec Smith and Shane Reside, Boys, You Wanna Give Me Some Action? Interventions into Policing of Racialised Communities in Melbourne (Report of the 2009/10 Racism Project, Springvale Monash Legal Service, 2010).

Explicit bias is what most people understand by bias, or discrimination – where a racist belief manifests as discriminatory behaviour. The Submission documented numerous examples of where members of Victorian Police have engaged in explicitly biased behaviour. For example, in the derogatory racist language used towards young men of African ethnicity,[8] or in the racial profiling used in policing strategies such as Operation Molto.[9]

Many clients of FKCLC and individuals report extraordinary levels of explicit racial abuse during police encounters in Victoria.

[The police officer] asked: “have you had anything to drink?”. I said: no. He proceeded back to his police vehicle and a couple of minutes later they both come back and he conducted a breath test. He said: “well well well it appears you’re clean,” with a condescending tone. I said, “of course I am, thank you very much.” He said: “not too soon, you’s black cunts stink and we’re bound to find some shit on you.” At that point I was extremely upset, I said: “Excuse me, did you seriously just say that?”, He said, raising his voice: “get the fuck out of the car now.” I said: “that’s not right what have I done wrong, and this is racism”. He said: “I am only going to tell you one more time before I use a language you can understand you fucking nigger!!” while he placed one hand on the door and the other on his belt I believe the capsicum spray or baton. I opened the door and stepped out, He immediately grabbed my shirt on my chest and pushed me against the car, came close to my face and said “You wanna be a smart arse you won’t see the day light you fucking black cunt.”

Training against this form of explicit racial remains a significant challenge for      Victoria Police.  Some reports suggest that the racist behaviours and attitudes of police members are selective

“I see the way they talk to other communities. They speak professionally to other community members. But when they speak to Africans they use street language. How can we learn to do the right things when the police treat us with so badly. For example the police the police call me “Rat” “Black Cunt” “Fuck you” “Go back to where you come from”. This is the police telling us this. How are we going to get a sense of security when this is going on.”

How extensive this sort of overt racism is currently unknown but clear leadership and command group will be necessary to confront these areas of overt and explicit racism within Victoria Police.

The study of implicit bias has important implications for police leaders. Police officers are human and, as the theory contends, may be affected by implicit biases just as any other individual. In other words, well-intentioned officers who err may do so not as a result of intentional discrimination, but because they have what has been proffered as widespread human biases. Social psychologists do not contend that implicit bias should be a scapegoat for unethical police behavior; however, an understanding that biased police behavior could be manifested by even well-intentioned officers who have human biases can reduce police defensiveness around this issue and motivate change.[11]

Training programmes that concentrate on implicit bias mean that the focus shifts from a conception of blame against a ‘few’ ill-intentioned officers acting in a racially biased manner, to the question of how cultural associations that many in the community hold can contribute to racially biased policing.

Instead of seeking to weed out, shame or discipline the overtly or explicitly racist members, Victoria Police can provide an institution-wide commitment for all members or all ranks to work on their own unconscious and implicit bias.

Dr. Lorie Fridell, former Director of Research at the Police Executive Research Forum (PERF), is a US expert on racially biased policing.  She has authored and co-authored a number of chapters and books on the topic.  She explains:

The largest class of instruments relies on reaction time analysis. The most widely used is the Implicit Association Test (IAT), which measures reaction time to certain stimuli. The centrepiece for research into implicit bias is Project Implicit, a collaborative effort among research scientists, technicians, and laboratories at Harvard University; the University of Virginia, and the University of Washington. A host of associations are tested by the IAT including biases to race, skin tone, gender, age, and weight. The IAT is likened to a sorting game played on a computer and is available to the general public at www.implicit.harvard.edu

After seven years of research, the general findings from Project Implicit are summarized as follows:

The basis implicit bias is people of colour, and especially men, are associated with violent behaviour and criminality.[14]

Stereotypes of black people have been more consistent in that they are thought to be more prone to violent crime and drug  abuse, to be  incomprehensible, suspicious,  hard to handle, naturally excitable,  aggressive, lacking brainpower, troublesome and ‘tooled up’ (Graef 1989; Reiner 1991). These findings have not been restricted to constables but have been found throughout the ranks (see Reiner 1991: 44).[15]

The association of blackness with outsider status and criminality in turn increases the likelihood of having negative and hostile reactions to black men, and negative engagement with them.[16]

For example, studies on shooter bias have shown that people are far more likely to assume a black person is holding a gun than a white person, and to perceive them as a threat.[17]

Further, automatic implicit biases can cause officers to misinterpret Black’s behaviour as suspicious or aggressive, even if the actions are neutral in nature.’[18]

There is a growing literature about the prevalence of implicit bias in how people view different community groups.[21]

Implicit biases are caused by the human brain taking necessary shortcuts in order to cope with the amount of information that it continually has to process.[22]

[14] E Ashby Plant and B. Michelle Peruche, ‘The Consequences of Race for Police Officers’ Responses to Criminal Suspects’ (2005) 16 Psychological Science 180, 180.

Check out all our Police Accountability Project videos here.