What would it take for Victoria Police to make ethical standards their core business?

Police Accountability Project > Independent Investigations > What would it take for Victoria Police to make ethical standards their core business? 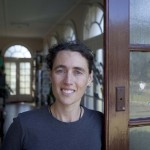 Police do not need to investigate complaints from the public to enforce ethical standards, writes Tamar Hopkins.

“from an institution the responsibility to investigate and prosecute [external complaints]… make[s] it …hard [to create] a perception that …. management is really serious about enforcing ethical standards.”

This is an odd statement in many respects. No other (non-police) agency investigates and prosecutes alleged crimes committed by its own members and yet many agencies are extremely good at enforcing standards of conduct in their employees. In clinging to the need to retain control over complaint investigation, Victoria Police misses a whole range of critical steps it needs to take to be serious about enforcing ethical standards. These steps can be taken regardless of who deals with complaints against police.

In contrast, making ethical standards core business, requires Victoria Police to be deeply concerned with a different set of measures. If Victoria Police management are genuinely interested in ethical standards as they purport to be, they need to focus on, measure and reduce incidents of police-caused harm to the public, human rights breaches, use of force and unlawful, inappropriate and unnecessary conduct. 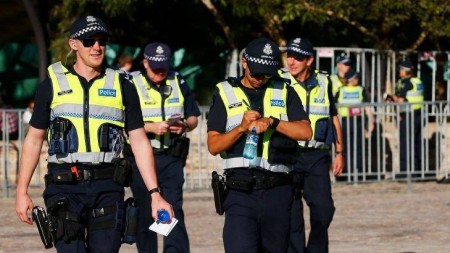 Victoria Police asks its officers to complete ‘Use of force’ forms, ‘search by consent’ forms and ‘field contact’ forms. Each form collects vital information about use of force, the free consent of searched people and the basis on which police conduct (some) stops. In addition to these forms, Victoria Police has human rights and anti-racial profiling policies.

Furthermore, Victoria Police is provided with recommendations by coronial inquests, IBAC and reviews such as the ‘Equality is Not the Same’. It will shortly have access to body warn camera footage. Victoria Police has access to all of this critical information about the conduct of its officers, but what use does it make of this information? Are its managers, sergeants and officers, as a whole, vitally interested in measuring the implementation of its human rights policies and in the conduct revealed by these sources of information? Is this core business?

If Victoria Police want to show they are serious about ethical standards there are five things they can do that have nothing to do with complaint investigation that will send a strong message that they mean business.

High Reliability Organisations (HROs) are organisations who engage in high risk, dangerous operations but do so with a remarkable degree of safety (Hopkins, 2009, Chapter 1). Because of their safety record, HROs have been studied closely to examine just what makes them so safe.  Qantas is one example of an HRO.  Sociologists have made five critical observations about these organisations.

The first observation that can be made about HROs is that they are ‘pre-occupied with failures rather than successes’ .  This means they are vitally interested in warning signs, their managers conduct walk arounds, they test systems and conduct audits. Furthermore, they encourage reporting of things that are going wrong not things that are going right. Victoria Police policies state that the success of operations will be judged by the absence or minimisation of the use of force. Does it collect information about officers who use force in their activities? Do managers accompany officers on operations to witness their activities? Do they ask questions about whether officer’s actions are necessary? Are promotions based on the minimisation of force?

The second characteristic of an HRO is that they are ‘reluctant to simplify their interpretations’ (Hopkins, 2009 ,11). ‘They employ people to explore complexity and to double check on claims of competency and success.’ This means for example that if a police station is not lodging use of force forms or search by consent forms, an HRO would not assume that force is not being used or all searches are being conducted under statutory authority. The absence of forms would stimulate a deeper inquiry. Furthermore, an HRO wouldn’t assume that an officer who regularly charges people with assault police just happens to be constantly dealing with aggressive people, but would investigate whether the officer may be deficient in de-escalation skills and a serious liability to the organisation.

The third characteristic of an HRO is a ‘sensitivity to operations’ (Hopkins 2009, 11). ‘Here we see…the crucial importance of reporting systems backed up by an organisational capacity to learn from what is reported.’ This sensitivity would include for example the constant collection and analysis of data on the number of stops and or searches police are engaged in and crucially the necessity and legality of those stops and whether profiling is involved. Sensitivity to operations would also involve considering the wisdom of appointing a person who has attracted complaints to lead operations such as Operation Molto in Flemington or to Professional Standards Command itself.

The fourth fundamental characteristic of an HRO is a ‘commitment to resilience’, this is a capacity not be ‘disabled by wrongdoing, but to learn from error’ (Hopkins 2009). This characteristic requires an organisation to think hard about how to implement the lessons from failures into the practice of the organisation and to audit and test the implementation of those lessons.   For example, if Victoria Police becomes aware that police are not getting written consent from the public to conduct a consent search as required by its policies then it needs to devise a strategy to ensure written consents are obtained.

The fifth characteristic of an HRO is the capacity to ‘defer to expertise’ (Hopkins 2009, 13). Elizabeth Stanko and Paul Dawson conducted a study of police where they found that 61% thought that experience gained on the job was more important than scientific evidence. They further found that 18% of police would ignore research evidence that told them a police tactic was not effective. (Stanko and Dawson, 2016, 10). Consequently finding ways to ensure police comply with evidence-based policing research including coronial inquest recommendations is an important measure of building it into an HRO.

Each of these steps does not require Victoria Police to investigate complaints made about it from the public. It is clear from the overwhelming number submissions made to the IBAC Committee in 2018 that the public do not want Victoria Police to investigate public complaints. Furthermore it is increasingly clear that there is an international move towards the independent investigation of police complaints (see Northern Ireland, New York and Ontario for example). Evidence from the behaviour of HROs shows a clear path forward to improve, not just the perception of, but the ethical conduct of its operations. Vic Police can and should adopt this path, regardless of who handles police complaints.

Tamar is a PHD Candidate and founder and former principal solicitor of the Police Accountability Project.  Tamar is the lead author of the Police Stop Data Working Group report 2017

Elizabeth A. Stanko and Paul Dawson, ‘Police Use of Research Evidence, Recommendations for Improvement’ (Springer, 2016).