Would the independent investigation of police complaints remove responsibility for ethical standards from police?  No, not at all we argue.

The assertion that Victoria Police need to maintain ownership and management of professional standards and integrity processes is often repeated as an argument against the development of an adequately resourced external investigative complaints body.

There has been significant culture change within Victoria Police over the past decade.  Victoria Police command welcomed the introduction of the Victorian Human Rights and Responsibilities Act in 2006 and have been driving a substantial part of this positive cultural change with new training emphasising human rights, new command structures, and new ethical, human rights and anti-discrimination guidelines and policies. All of which are very welcome.

We agree with Assistant Commisioner Luke Cornelious, when he told the IBAC Committee hearing on Monday 26th February, that:

“securing accountability is the responsibility of every police officer and that the Chief Commissioner of Police should be able to set expectations and hold members to account.”

However, none of these assertions are arguments against a fully independent system of police complaints investigation system.

The argument that a body external to police would remove responsibility from police has been commonly raised to discourage considerations of such a body.   Police command and the Police Association of Victoria have raised this as an argument during the current IBAC Committee inquiry into the external oversight and investigation of police corruption and misconduct in Victoria.

However it is simply not true.

Positive culture change and improvements to ethical standards within Victoria Police would continue unabated, and most likely strengthened, if human rights abuse allegations were to be investigated independently.

The independent investigation of complaints against police in no way removes Victoria Police’s responsibility for providing its extensive recruitment, training and professional development programs and the multitude of ways supervisors monitor and manage practice issues.

To illustrate, an airline company retains total responsibility for the recruitment, training, professional development and professional standards of its pilots and staff, despite the presence of independent air crash investigation bodies.  A hospital maintains responsibility to ensure its medical staff is as competent and professional as possible despite the independent Health Practitioner Regulation Agency (AHPRA) and medical boards adjudication complaints.

Under the proposed independent complaints model, which would assess and have capacity to investigate all critical incidents and all allegations it assesses as ‘serious’, Victoria Police would maintain control over its existing Management Intervention Model (MIM) – a process for police managers to respond to lower-level misconduct issues using a combination of verbal guidence, action plans and managerial notices.

Furthermore, internal reporting systems that capture police ethical and behaviour issues as they arise are a separate issue to the investigation of public complaints.  Officers report daily to their chain of command.  Integrity reviews, internal policy development, conduct guidelines and supervision practices would continue unaffected, as they should in any large organisation.  A safe, ethical and professional work environment with an internal reporting culture is not predicated on the investigation of serious complaints about human rights abuses.

Indeed the independent investigation of complaints should back up and reinforce Victoria Police’s internal performance management and integrity processes in a similar way that systemic reviews by IBAC and that the VEOHRC’s independent review into sex discrimination and sexual harassment among Victoria Police personnel has done over recent years.

A robust independent investigative system is likely to provide even greater confidence for officers to make complaints by iImproving member confidence in whistleblowing/reporting misconduct and reducing the very real risk of the internal leaking of confidential complaint information in the context of ‘warning’ colleagues that they are under investigation; (See: Operation Styx)[1]

Further, AC Luke Cornelius asserted at the IBACC hearing on Monday 26th that the current rate of internal police complaints about fellow police members (20-22% of complaints) may drop if an independent model was implemented.  In effect, he inferred that “the shutters will come down.”

Would the ‘shutters’ come down?

If Victoria moved to an independent complaint investigation model we believe that we would not see any erosion of internal reporting by Victoria Police.  Victoria Police have had and would continue to maintain professional and productive relationships with IBAC.  We believe strongly that Victoria Police sworn and civilian members should be able to make protected disclosures to a trusted independent body and that this would form an integral part of that body’s misconduct and corruption detection process.

The Police Ombudsman Northern Island (PONI), which does not receive complaints from serving police officers,  is however,  obligated to conduct annual police satisfaction surveys. In 2016/17:

Many police officers subject to serious complaints are relieved that decisions regarding complaints against them are made entirely independently of the police, government and complainants.

A set of evidence raise serious concerns with internal reporting of complaints within Victoria Police.   In 2015 when VEOHRC  conducted its independent review into sex discrimination and sexual harassment within Victoria Police, an unprecedented number of police officers responded to the review.  Not only did they report abuse to this independent agency in such large numbers, but they made comments about the problem of internal reporting processes:

“It is not just about sexual or predatory behaviour. Police should NOT investigate police (male survey respondent).”

“Stop internal investigations against those with a badge looking like a cover up (ie: nothing is ever thoroughly investigated against a sworn member when it is conducted by another sworn member) (male survey respondent).”[3]

Furthermore the review revealed a great reluctance for police to make internal reports:

“The high level of tolerance for sexism and sexual harassment in the workplace, especially among supervisors and managers, clearly undermines the confidence that women had to speak up or come forward with a complaint.”[4]

It is also worth noting that in regard to the recent revelations about former AC Brett Guerin it appears that (at least) two internal complaints against him left the police complainants dissatisfied by the outcome.[5]

In conclusion, we believe, based upon experience of other bodies overseas, that internal Victoria Police performance and integrity management will be strengthened and enhanced by such a body.

An ineffective police complaint system has the effect of hiding or ignoring human rights abuses against members of the Victorian community.

Our key message during the IBACC Inquiry has been that Victorian Parliament has a particular responsibility to ensure the effective and impartial investigation of complaints against police.

[1] Documented accounts of this PSC ‘leaking’ occurring include Operation Styx. IBAC received information from Victoria Police concerning the unauthorised disclosure of sensitive information by a member of the Victoria Police Professional Standards Command (PSC) to a serving police member who was under investigation. The allegations were exposed during an interview with an officer during the course of PSC Operation Clinique. The allegations made were that a target of Operation Clinique (Target 1) recounted that another target (Target 2) had received information concerning covert methodologies being used in the investigation of him. This information allegedly came via an intermediary who had allegedly been warned by a member of PSC. Evidence supported an IBAC finding that the now former member of PSC (who had since been promoted to another area of Victoria Police) had improperly leaked the highly sensitive information in question. The former PSC member was an unsatisfactory witness, stating he could not remember the incident but was not prepared to deny it may have occurred.  See: http://www.ibac.vic.gov.au/investigating-corruption/past-investigation-summaries 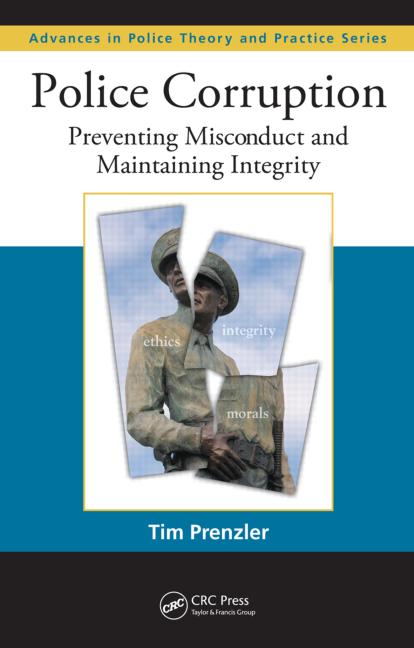