Police must not investigate their own: six enduring myths 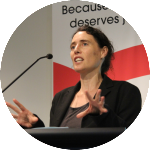 Why has so little been done to ensure police are independently investigated when they abuse their powers in Australia?   Tamar Hopkins unpacks six enduring myths.

Lex Lasry, now a Judge in the Victorian Supreme Court, was Counsel Assisting at the inquest into the police shooting death of Jedd Houghton on 17 November 1988. He noted that the police investigation into Houghton’s death was seriously flawed because the police had started from the assumption that the shooting was justified. This problem occurs, he said, when the police are left to investigate themselves.

Police investigations of deaths in custody and allegations of human rights abuses were not satisfactory in the 1980s. They remain unsatisfactory today. No Australian State or Federal Government has been serious about ensuring that police who kill or harm are held to account where their actions are unlawful. Without accountability, a culture of impunity is created, undermining reform.

Michael Williams (now retired) confirmed the existence of such a culture in a 2009 Report for Victoria Police, released under a Freedom of Information request. He noted that inappropriate training within Victoria Police had lead to “over a decade of policing in Victoria, where operational police have not been exposed to the ‘fundamentals’ underpinning operational safety training”.

Reform requires the enduring and consistent prioritisation, training and re-enforcement of alternatives to force in the resolution of all incidents. This will not occur in an accountability vacuum; it is predicated on the existence of effective accountability when police powers are abused and particularly when their abuse results in the death or harm of a member of the public.

Why has so little been done to ensure police are independently investigated when they abuse their powers in Australia? Enduring myths are part of the problem.

All proper investigation is resource intensive. The question is whether to resource the police to do it ineffectively, or resource an independent agency? In British Columbia, Canada, Police Chiefs have asked the Government to let them get on with business of policing while an independent civilian agency conducts all investigations.

Myth three: Civilians can’t get there on time

Civilian investigators in Northern Ireland pride themselves on their rapid response to an incident. In Ontario, they have regional investigation teams and use aeroplanes to get to remote area.

Myth four: Police will refuse to co-operate with civilian investigators

Civilian investigators do need to have strong legislation enforcing their access to internal police files and information, and requiring police to participate in (non-criminal) investigations. Poorly drafted powers have caused problems for civilian investigators. So too has political interference. In 1988, the civilian Police Complaints Authority in Victoria was shut down by the Government under pressure from the Police Association, after two very effective years at the job. These concerns can be resolved through proper design and legislation. It is worth noting that surveys of police in Northern Ireland indicate widespread support for and co-operation with independent civilian investigation.

Myth five: Complaints are an internal matter that should be left to police managers

Many complaints involve allegations of criminal offences, such as assaults. Furthermore, they frequently involve a victim who a member of the public. Other agencies refer criminal matters to the police for investigation. However, when the agency against which the allegation is made is the police, we have a problem. Police managers have a role in ensuring police are effectively trained and complete their documentation. They do not need to investigate complaints to fulfil their role.

The gun that Graeme Jensen was alleged to have waved at the police who shot him was never fingerprinted. If it had been and Graeme’s fingerprints had been found on it, allegations that it was planted by the police who shot him would be less persuasive. Neither were the police involved in his shooting immediately separated and interviewed. As a result it is possible they colluded to explain their otherwise criminal actions. Immediate independent investigation is critical to collect and preserve all evidence and prevent collusion. Oversight cannot cure these deficiencies and results in criminal actions by police going undetected.

This article was published in the New Matilda 29 May 2012