An apology for Corinna Horvath

The compensation payment figure is confidential at the request of Ms Horvath.

The apology from Chief Commissioner Lay reads,  in part:

I have recently had the opportunity to read and reflect on the views of the United Nations Human Rights Committee concerning the events of 9 March 1996.

I deeply regret what occurred and sincerely apologise for the injuries you suffered as a result.

I wish you all the best for the future.

This is a welcome and a significant outcome for Corinna Horvath.  Eighteen years on, Corinna is very appreciative of the apology and the compensation.

The actions taken by the State of Victoria and the Chief Commissioner of Police should now set the agenda for change to ensure our laws better protect victims of police violence.

We have long stressed the Victorian Government must go beyond individual remedy and implement systemic changes to ensure victims of police misconduct have access to adequate remedies.

The provision of compensation and an apology to Ms Horvath, do not, by themselves, satisfy the concerns outlined by the United Nations Human Rights Committee in their direction to Australia and, by necessity, the State of Victoria, to remedy its breaches of the International Covenant on Civil and Political Rights (‘ICCPR’), as articulated on 27 March 2014.

Incidents like those experienced by Corinna Horvath are still occurring and before the courts.

While much has been trumpeted about the new Victorian Police Act (2013) if the assaults experienced by Ms Horvath occurred today, she would still face a similar, lengthy, exhaustive and expensive process in order to seek justice. The State should take responsibility for the tortious conduct of its officers.

“When it comes to police violence and misconduct Victoria’s laws protect police, not its citizens.”

To this day, the officers who assaulted Corinna have not been disciplined.  Sadly, this scenario remains a likely outcome for today’s victims of police violence.

In Horvath v Australia (2014), the Committee found that the State party was  obligated to ensure that police perpetrators of human rights violations are disciplined through an independent, effective and impartial complaints body.

As a party to the ICCPR, it is up to the Australian Government to ensure effective remedies and non-repetition measures are implemented. The State is obliged to ensure victims of human rights abuses ‘shall have an effective remedy, notwithstanding that the violation has been committed by persons acting in an official capacity’ (ICCPR art 2).

Furthermore, it is obliged to ‘adopt such legislative or other measures as may be necessary’ to ensure conformity with the ICCPR (ICCPR art 2).

The ex-gratia payment of compensation and written apology to Ms Horvath is significant first step, and provides a strong foundation for change.

In July, thirteen community, church and legal bodies and organisations urged the Victorian Parliament to hold a review of both the new Victoria Police Act 2013 (Vic) and the Independent Broad-Based Anti-Corruption Commission Act 2011 (Vic) to ensure conformity with the ICCPR in light of the Horvath decision.

It is our hope that the Chief Commissioner and the State’s acknowledgment of the wrongs suffered by Ms Horvath will now galvanise the Victorian Parliament to ensure such wrongs do not occur again.

A woman bashed by Victorian police officers almost two decades ago has received compensation and an apology from Chief Commissioner Ken Lay.

Victoria Police’s Chief Commissioner has apologised and paid compensation to a woman almost 20 years after her nose was broken in an unlawful police raid. 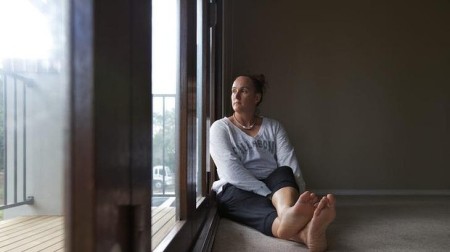 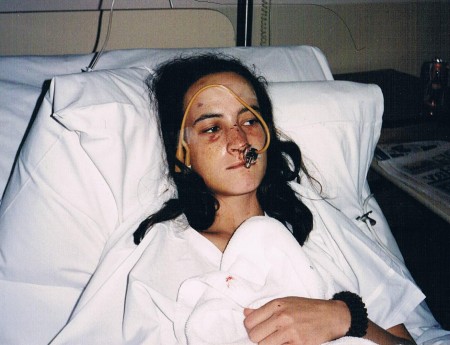 The apology comes just a month after Acting Chief Commissioner Lucinda Nolan apologised on behalf of Victoria Police for the 1994 Tasty raid in which more than 450 patrons at a Melbourne nightclub were strip-searched.

The Australian Government is obliged to publish the Committee’s views and ‘widely’ disseminated.   However, as of 22 September 2014, five months after the decision, the Horvath case is still listed under “yet to be considered” on the Commonwealth Attorney General’s website here>