An Australian community vilified as it tries to celebrate

As Melbourne’s South Sudanese Community celebrate the achievements of its youth, Liberal MP Jason Wood releases stats to media that serve only to villify them.  In doing so, he  has discredited his own parlimentary inquiry.

Liberal MP Jason Wood, the Federal member for Latrobe’s deliberate release of certain statistics last weekend (Sudanese youth crime surges in Victoria, 19/11 Herald Sun), prior to any outcome of the federal ‘Settlement Outcomes Inquiry’, is a deliberate ploy to mislead us.  So many people, including many journalists who should know better, are falling for it hook line and sinker.

Published on the same weekend as the 2017 South Sudanese Youth Festival, which was an attempt to celebrate the art, music and achievements of South Sudanese young people, the media blitz by the Honourable Member for Latrobe was a cause for yet more despair.

Weaponizing crime stats- here’s how you do it

The article in question has been syndicated widely and shared prolifically online. The Daily Mail ran a copy-cat article. A Current Affair followed suit with it’s ‘Foreign Gang Crime‘ story (21 November). After 19 months of relentless media stereotyping since the infamous Moomba brawling of March 2016 many African community leaders in Melbourne are no longer bothering to speak with media. They know that whatever they say the main angle will be ‘crime’ and ‘Sudanese.’

To claim as Mr Wood does, that current crime rates are being “driven by” any one group is utterly false.  What Wood and others are confusing us with is an old data trick.  An ‘over-representation’ within a small sub-set of figures. Because it’s a newly arrived community, Sudanese young people are ‘over-represented’ within their own tiny demographic already, and they are therefore over-represented in some crime types.  But their proportion of overall offending remains very small; less than 2% of overall youth crime figures.  Sudanese young people not born in Australia make up an even smaller proportion. Aggravated burglaries are not ‘driven’ by the 4.8 percent who happen to be Sudanese.

The Current Affair piece states that “The vast majority of offenders are Australian born”, but the focus of the entire story, the images, graphic footage and victim stories remains firmly upon the increase within a small subset of offenders.  The black ones.

There is nothing unusual about spikes in offending patterns. If a suburb experiences a ‘baby boom’, we know that in about 15 years there will be a corresponding ‘spike’ in youth crime in that particular suburb.  That suburb will be ‘over-represented’ in the crime stats for a small period of time.  That is because when young people reach 14-15 their involvement in risk taking behaviour increases and even thought it is only a minority of young people, young people represent a huge bulge in offender rates.   For certain crime types, particular age groups of particular ethnicities may become ‘over-represented’. But this is always temporary and has far more to do with socio-economic factors, age and local circumstances than ethnicity.  Criminologists,  researchers and even police command know this, but it doesn’t deter journalists jumping  upon these ‘spikes’ as if they had discovered sliced bread.

The facts are these. Africans and particularly Sudanese-born young people make up only a small percentage of offenders in all crime types. They are actually a very small proportion of offenders. We need to emphasise this because since Apex became a code word for ‘ethnicity’, there is an overwhelming perception is of an ‘African crime wave’ in Victoria. This is simply not true. But racialised media has ensured that almost every crime story is linked to Apex or to African suspects.  Studies show that journalists and editors gravitate towards stories that follow a particular ‘script’; in which the offender is black and the victim white.  These stories get more coverage, prominence and are more likely to receive the full dramatic treatment by outlets such as A Current Affair.  This biased and selective reporting, hyperbolic commentary, and the stereotyping of an entire community of Australians reflects a racial bias pure and simple.

What do these stats actually tell us?

Migrants under the age of 18 comprise a significant proportion of refugees and humanitarian entrants that arrive in Australia. Between  2010 to 2015, over 27 per cent of migrants under the humanitarian stream were under the age of 18.1  More recently, that number increased to 44 per cent (between 1 October 2015 to 4 October 2016).2. With communities so over represented by young people, some proportional over-repesentation is to be expected.

The over-representation of young people within the small community of Sudanese-Australians tells us far more about Australia than it does about any particular ethnicity. It speaks to us of extraordinary levels of discrimination at every corner, of outrageous barriers to employment, of over a decade of exclusionary and discriminatory policing which is only now beginning to change.

We already know the real drivers of crime. If Mr Wood was serious about our safety he would be speaking about postcode disadvantage and employment discrimination, of programs that prevent the well-worn pathways to prison as early as possible. He might ask why young men make up the overwhelming majority of violent youth offenders and run an inquiry about masculinity and violence, asking how we are socialising young men. On these evidenced based solutions Wood is utterly silent.  He has another agenda.

Jason Wood has been intent on fuelling racist sentiments, prejudice and fears amongst Victorians in his role as Chair of the Migrant Settlement Outcomes Inquiry, a federal ‘inquiry’ that he himself established as Chair of Joint Standing Committee on Migration, simply to confirm these prejudices.  He was calling for ‘deportations’ long before the inquiry began and has been one-eyed about that single idea ever since.

Deportations of young people will not prevent crime. The numbers affected are too minuscule to affect overall crime rates as Wood well knows.  Deportation is a horrific extrajudicial punishment that stinks of racial bias and outdated cruelty.  It blames outsiders for problems we generate here. It will mean an Australian-born Caucasian offender and an African offender who has lived here since they were two years old, will receive vastly different punishments for exactly the same crime. It flies against every principle of modern criminal justice.

Its only purpose as a policy position is to reinforce the false idea that immigrants cause crime and to ride any political advantage that that position may bring.   It feeds into the fantasies of the ever-growing far-right and white nationalist groups that gleefully spruik MP Wood’s dangerous rhetoric.

With public hearings and submissions, the public should be able to trust parliamentary inquiries. But Jason Wood has seen to this particular federal inquiry being nothing more than a pre-judged witch-hunt against Sudanese-Australians. 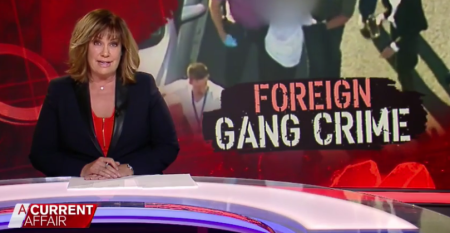 This week saw some more deeply racist media coverage from a plethora of media outlets.

This was due a duplicitous release of crime stats by Liberal MP Jason Wood.  It particularly targeted the South Sudanese community but exacerbated the racial stereotyping of migrant young people in general.

The Sunday Herald Sun started the ball rolling on Sunday 19th November.  The Daily Mail Australia chimed in with a copy-cat article.  Two days later the predictable A Current Affair took up the same reliable falsehoods in their Foreign Gang Crime story.

The story portrayed within each of the above is incorrect and enormously damaging.

Journalists and media outlets are being fooled by these stats. Not being statisticians or criminologists, responsible journalism should seek to understand the statistics that they are dealing with prior to using them to tell a story.

An ‘over-representation’ within a small sub-set of data does not indicate a ‘crime wave’.  When you take population demographics into account – the tiny South Sudanese community in Victoria is a very ‘young’ community with a lower than average age –  the data becames even less surprising.  The focus on the minority of certain offenders is deliberate.

Journalists, policy makers, MPs and community agencies should be aware how these statistical tricks are deployed and all have an important role in correcting, countering and responding to damaging media like this. 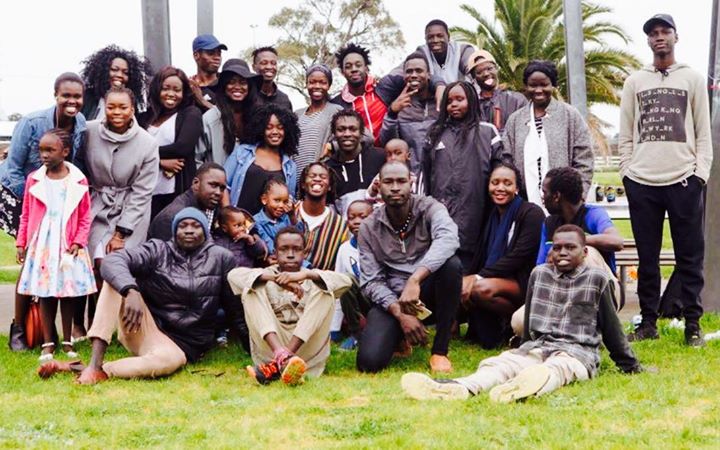 Proud participants in a South Sudanese Youth Festival that was held  in Kensington on Saturday 18th November 2017.