Death in Custody of Kwementyaye Briscoe

Police Powers: your rights in Victoria

Race or Reason? Police Encounters with Young People in the Flemington Region and Surrounding Areas (2011)

A research report authored by Zrinijka Dolic and funded through the Legal Services Board and Victoria Law Foundation.  Available online here: Race or Reason? Report (PDF)

Published by Fitzroy Legal Service (1992). Written by family members of those shot dead by Victoria Police about the campaign for accountability and justice.  Four young men from the Flemington area were shot between 1987 and 1989.

The publications listed below are only available via our lending library system or from the Victorian State Library. Contact centre staff for details.

This video followed a charge of breaking and entering and the legal ramifications that follow. Students from Kensington Community School developed the idea for the video. They acted in the video and participated in the editing and filming of the video.

The CD Rom was available on loan for community groups or schools for education sessions.

Right Off: The attack on Human Rights in Australia (2002)

An action research project investigating the legal needs of horn of African communities living on the Flemington High Rise estate and surrounding suburbs of Flemington and Kensington.

An education kit with video and training manual for young people and police. A joint initiative from the communities of Flemington & Kensington and Victoria Police.

‘Effective, Transparent, Accountable: An independent system to investigate police-related deaths in Victoria’ The Joint Submission of the Federation of CLCs, Darebin CLC, Flemington & Kensington CLC and the Human Rights Law Resource Centre to the Office of Police Integrity’s 2011 inquiry into the investigation of police involved deaths

Police Use of Force

Upholding Our Rights: Towards Best Practice into Police Use of Force – Final Report published by the Human Rights Law Centre in September 2011

Upholding Our Rights: Towards Best Practice into Police Use of Force – Background Research Paper published by the Human Rights Law Centre in September 2011

The Federation’s report Taser Trap – Is Victoria Falling For it? brings together internal Victoria Police documents obtained by the Federation through freedom of information legislation, as well as publicly available information and the experience of CLC’s to warn the Victorian public that death and serious injury in connection with Taser use in Victoria is a real possibility. …

Amnesty International – ‘Less than Lethal?’ The use of stun weapons in U.S Law Enforcement (16.12.08)

How are Taser weapons used by the NSW Police Force? Special report to Parliament October 2012  https://www.ombo.nsw.gov.au/news-and-publications/publications/reports/police/how-are-taser-weapons-used-by-nsw-police-force

Use of Taser by UK police against meeting of G20 activists:
http://news.sky.com/skynews/Home/video/G20-protests-new-footage-of-police-using-taser-to-disrupt-protest-meeting/Video

Anyone who has experienced police misconduct can have a simple online conversation with the chatbot, which then drafts a formal letter of complaint and instructs you how to lodge the complaint with IBAC or VicPol.

Equality is not the Same Report Victoria Police (December 2013)

‘Boys, you want to give me some action’: Interventions into policing of racialised communities in Melbourne Fitzroy Legal Service, Western Suburbs Legal Service and Springvale Monash Legal Service (2010)

What Can Corruption and Anti-Corruption Theory Tell us About the Problems Facing Policing in Remote Indigenous Communities? Kirsten Storry (2008)

Letter from ACLU in 2009 condemning the practice of racial profiling

Chapter:  Racially Biased Policing:  The Law Enforcement Response to the Race-Crime Association (2008) – This chapter summarises the research on the race-crime implicit bias and discusses the policy implications for law enforcement agencies.

Stop and Search in a Global Context – workshop 2011

Stop and Think: A Critical Review of the Use of Stop and Search Powers in England and Wales (2011) – Equality and Human Rights Commission

Profiling in Canada: Challenging the Myth of ‘A Few Bad Apples’ – Carol Tator and Frances Henry (University of Toronto Press, 2006)

Report by the Committee on Civil Liberties, Justice and Home Affairs to the European Parliament 2009

Equality is not the same report and associated materials

For materials relating to the Victoria Police’s ‘Equality is not the Same’ report, please see here. 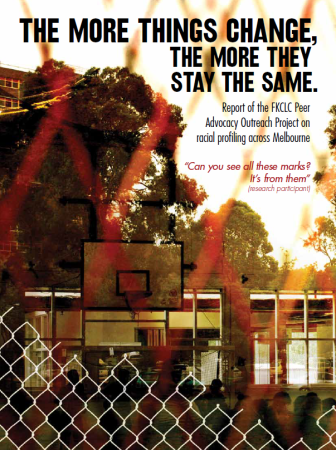 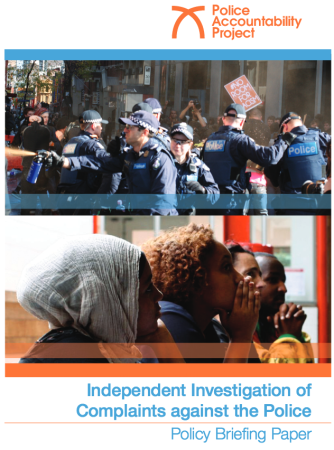 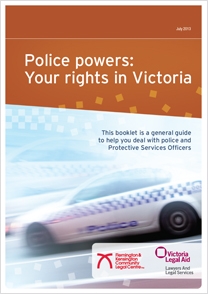 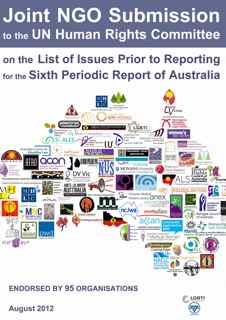