“The More Things Change, The More They Stay The Same” – the report of the Peer Advocacy Outreach Project on racial profiling across Melbourne.

The project, undertaken by Daniel Haile Michael and Maki Issa, used a peer advocacy model to outreach to young people across Melbourne and learn about their experiences of policing as well as workers in the field to understand the supports in place for young people. 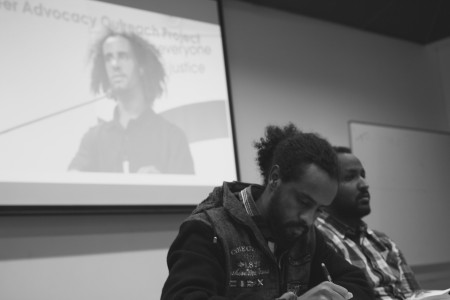 Daniel and Maki spoke with young people in Sunshine, Flemington, Noble Park and Dandenong about their experiences with police and found that negative experiences at the hands of police were common, public occurrences and caused anxiety, isolation and fear.

The report also found that youth and community workers who were approached by young people with complaints against police did not have the skills or resources to help young people make formal complaints.

Through the project, Daniel and Maki also shared their experiences as lead applicants in the landmark Race Discrimination Case with the young people they connected with.

This report shares their findings and reflects on developments since they began their legal action to hold police to account 10 years ago.

The project has been funded by the Ben Bodna Award, The Besen Family Foundation and the Assia Altman Fund or the Australian Communities Foundation.

The report was officially launched at 5.00pm Tuesday 14th July, 2015 at the Multicultural Hub, Melbourne 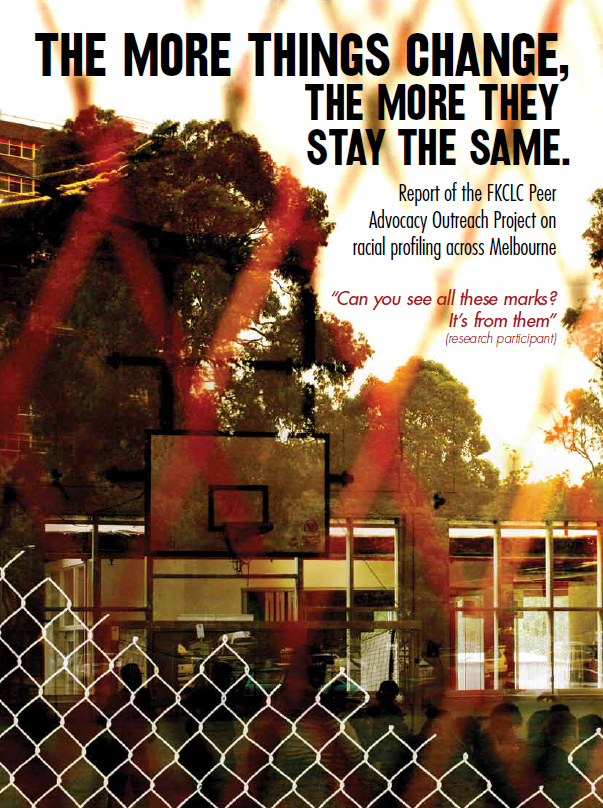 Media coverage of the report:

RACIALLY discriminative policing is “as common as being asked to pay for goods at a store” for young men of African and refuge backgrounds, according to a Flemington and Kensington Community Legal Centre report…

YOUNG African men in Noble Park and Dandenong say they are regularly subjected to racial profiling by Victorian police, ranging from serious assaults and racial taunts to public ridicule, a new report reveals….

Some young migrant men are avoiding Melbourne’s CBD over concerns of police assaults and harassment, according to a report from the Flemington Kensington Community Legal Centre…