Risk factors, risk assessment and risk-based predictions dominate public discussion these days across a range of policy areas from the economy to climate and public health. But what are the pitfalls when risk-thinking dominates our dealings with young people in conflict with the law? I address this question by identifying practical and conceptual limitations of risk as a statistical construct, and highlighting concerns about how risk calculations influence official practice.

Following on from harsh bail laws introduced in Victoria in 2013, two Australian jurisdictions (Queensland and Northern Territory) have recently announced tough new youth justice measures involving increased police powers and reduced access to bail for some young people. Critics argue the inevitable result will be increased incarceration, particularly of Indigenous young people, with little or no community safety benefit. What young people in conflict with the law require instead, they say, is practical and personalised support to address underlying problems.

One of the factors driving punitive approaches is a reliance on risk as a logic of governance. This was apparent in the official Queensland announcements which stated that the harshest measures would apply only to ‘hardcore’ young offenders, a term that translates directly to ‘high risk’ repeat offenders.

Sociologists began talking about the rise of ‘risk society’ from the 1980s, coincident with the rise of neoliberal governance. Risk societies, they noted, are preoccupied with predicting threats to public safety and pre-empting future harm (with the crucial question of what harms are to be acted upon remaining a contested and politicised point).

Since then, the language of risk has come to dominate public discourse and policy in fields as diverse as public health, finance and climate change. You could say that it is deeply embedded in neo-liberal governance across most, if not all, liberal democracies. But what happens when a risk label is applied, not to vaccines, investments or weather events, but to young people and their behaviour?

In this article, I discuss why we should be wary about the use of risk-based techniques in youth justice and crime prevention, using examples from the policing of young people in Melbourne. The objections fall into two broad categories – practical and conceptual limitations of risk as a statistical construct, and concerns about how risk calculations influence practice. 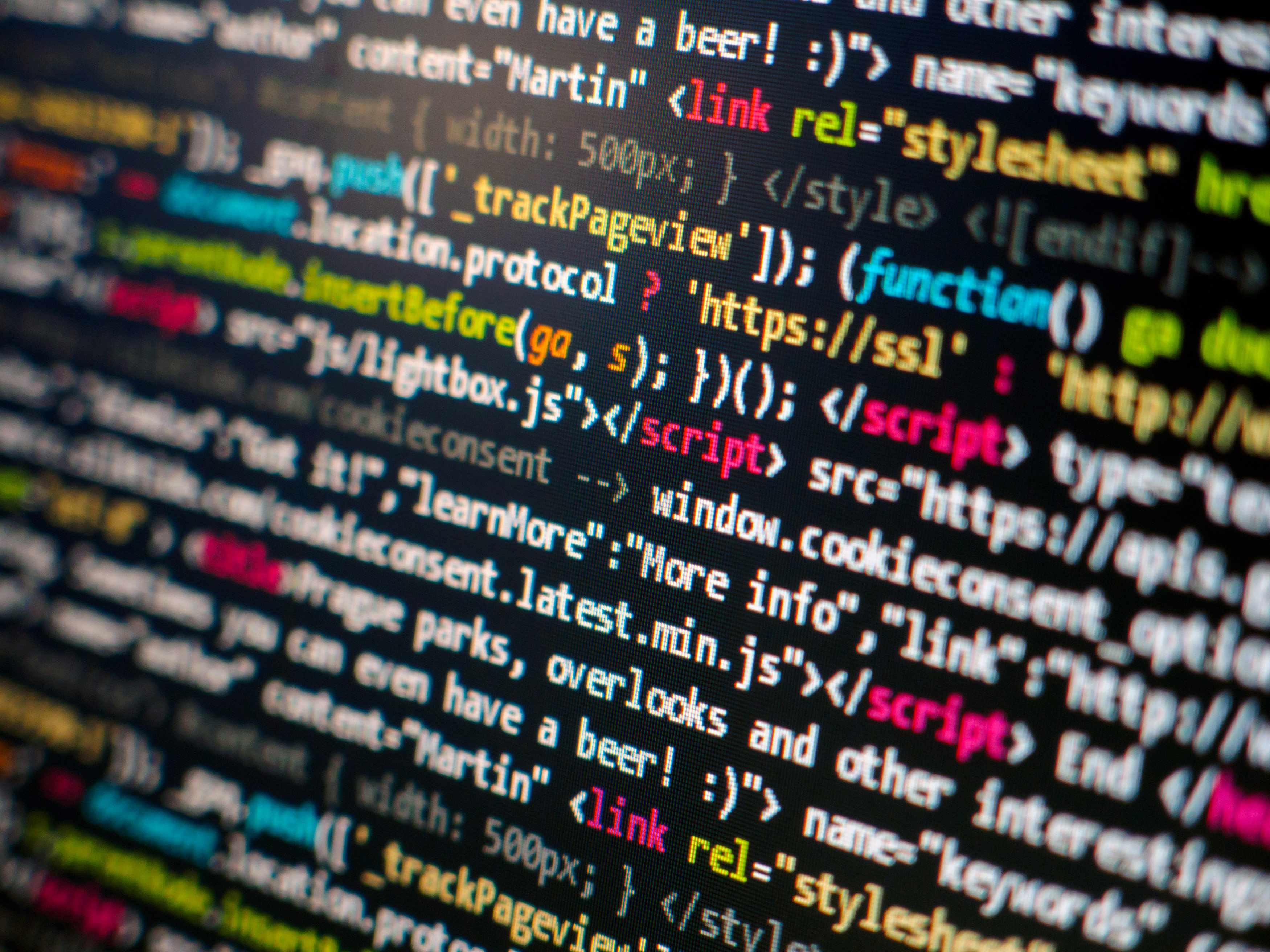 Risk as a statistical construct

Risk-based systems are based on what is measurable:  Risk-based systems simplify social reality in order to enable quantification and prediction. In policing they are often based on official statistics, such as previous convictions or school attendance, whereas more subtle, yet powerful, factors such as experiences of racism or other forms of social exclusion may defy measurement.

Risk factors are individualised and reductive: By attaching risk calculations to individuals rather than social institutions, attention may be deflected away from the circumstances that shape young people’s behaviour. Rather than labelling a young person as a ‘truant’, it might be more productive to identify the risks posed by school bullying, or barriers to accessing employment.

Risk calculations are backward-looking and static:  Assigning a young person to a risk category on the basis of previous actions, or alleged actions, is at odds with what is known about their developmental trajectories. Once recorded, youthful indiscretions may continue to be used in predictive algorithms despite increasing maturity and desistance from law-breaking.

Risk-based systems amplify pre-existing discrimination: Although risk-based systems project an aura of neutrality, reliance on records generated through police activity, such as previous police contacts, or even socio-economic factors associated with certain marginalised groups, will amplify their differential treatment and ‘hardwire’ in systemic discrimination.

Risk-based systems can become self-reinforcing and unaccountable: Risk-based, predictive systems are widely used behind the scenes by Australian police. But neither the algorithms driving these systems, nor statistics about their use, are made available for independent scrutiny, attracting accusations of secrecy.

Risk as a guide to practice

The predictive capacity of risk-based systems is often exaggerated: Users of these tools can easily be beguiled by the apparent ‘facticity’ of numbers into believing that risk-based predictions are infallible. One Victoria police officer told me: ‘We can run that tool now and it will tell us – like the kid might be 15 – it tells how many crimes he is going to commit before he is 21 based on that, and it is a 95% accuracy. It has been tested’.

Risk calculations can displace more legitimate foundations for police action: A critical assessment of the STMP system used by NSW Police concluded that reliance on these tools could discourage appropriate uses of discretion and displace proper consideration about the legal basis for interactions with young people.

Risk thinking encourages pre-emptive intervention: Risk thinking encourages early police intervention, shifting the focus away from detection and prosecution of crimes actually committed, towards pre-emptive public order policing. Examples include the selective use of move-on powers against young people in public places on the basis that they might offend.

Risk-based systems generate demand for data: Using police records to drive risk-based systems can create an incentive to collect more data. My research on the policing of young people in south-east Melbourne suggests that police-community ‘engagement’ – once conceived as an exercise in relationship building – has evolved largely into an opportunity to gather ‘community intelligence’.

Risk-based approaches may mandate excessive and racialized police contact: Even well-intentioned schemes to identify ‘at risk’ youth can mandate unnecessary contact between young people and police. My research suggested a lack of official data in relation to ‘emerging’ migrant communities might be driving data-gathering street stops for those groups in particular.

Risk-based systems can undermine desistance from crime: Many young people in my policing study said they felt trapped in a system in which they were permanently labelled and constantly being judged by their past. Youth workers complained that intensive monitoring by police of ‘high risk’ young people who had been in conflict with the law, could seriously derail efforts to change their lives.

Risk-based approaches deny services to young people who need them most: Risk-based systems typically channel resources to young people identified as ‘at risk’ or ‘low risk’; while subjecting ‘high risk’ young people to surveillance and enforcement. But some experts advocate concentrating support on the most serious and prolific law breakers instead, while avoiding any police contact for others.

A recently published meta-analysis of ‘criminogenic risk assessment’ confirmed through systematic quantitative analysis many of the criticisms about predictive tools that have been canvased in this discussion. In addition, the authors noted the conflict of interest arising from the fact that many of the most prominent advocates of risk assessment tools profit financially from these commercial-in-confidence systems.

Risk, as a logic of neoliberal governance, is a largely divisive strategy in the context of youth justice, often directing intensive surveillance and law enforcement towards ‘high risk’ young people, while reserving social support for more ‘deserving’ groups. Instead, resources and services should be provided on the basis of need – not perceived risk to others – as a matter of social justice.

The widely-accepted dangers of risk-based systems have prompted New Zealand authorities to require that police publicly disclose the details of their predictive tools and subject them to scrutiny by an expert panel.  And while Australia continues its love affair with risk, youth justice systems elsewhere in the world are recognising the failures of youth justice systems that view children as units of risk and are moving in very different directions. This is exemplified by the ‘Children First’ approach in England and Wales that brings child-centred, human rights considerations to the fore.

In the longer term, supporting those young people whose needs are greatest, holds the promise of both a safer and more just society.

Leanne Weber is Professor of Criminology in the Canberra Law School at the University of Canberra, Australia and a Research Associate at the Centre for Criminology, Oxford University. She researches policing and border control using criminological and human rights frameworks. Her books include Crime, Justice and Human Rights, 2014 (Palgrave, with Elaine Fishwick and Marinella Marmo); Policing Non-Citizens, 2013 (Routledge); Stop and Search: Police Power in Global Context, 2013 (Routledge, with Ben Bowling); and Globalization and Borders: Death at the Global Frontier, 2011 (Palgrave, with Sharon Pickering), which was awarded the inaugural Christine M Alder Book Prize by the ANZ Society of Criminology.

Leave a reply to Harrison Click here to cancel the reply