A team of young advocates against racial profiling by Victoria Police is a finalist in this year’s Racism: It Stops with Me Award – and are about to fly to Sydney for the award ceremony.

The Australian Human Rights Commission (AHRC), will announce the winners at the National Human Rights Awards at 12 midday to 3.30pm on Friday 13 December 2019.

Two members from the Peer Advocacy Team, Barry Berih and Sajda Yakub, (pictured) will be travelling to Sydney to attend the award ceremony at the Fullerton Hotel. 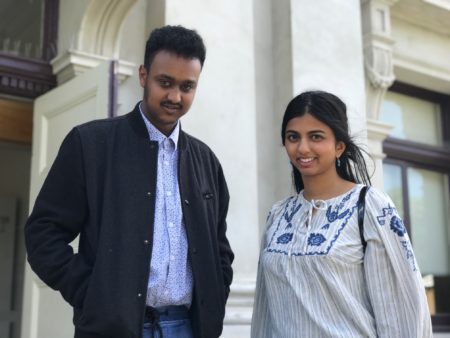 The Racism: It Stops With Me Award recognises the contribution of nominees to reducing and preventing racism in Australia. The Award is sponsored by the Delegation of the European Union to Australia and received over 350 nominations this year. The Peer Advocacy Team’s, run from the Flemington Kensington Community Legal Centre’s Police Accountability Project, sits amongst the top five human rights defenders, activists and anti-racism projects across the country.

Barry Berih from North Melbourne and Sajda Yakub from Wheelers Hill will be holding meetings with organisations and advocacy bodies during their stay in Sydney from Friday 13 December to Saturday 14 December 2019.

Sajda Yakub said “We are very excited to attend the ceremony and meet inspiring activists who have been working on other notable anti-racism campaigns. As a finalist for the award, it is a pat on the back but also a push to do more, fight harder, and work smarter to end racism and discriminatory policing in Australia.”

The Peer Advocacy Team have been calling for stop-and-search receipting to be introduced in Victoria to help prevent racially discriminatory policing practices.   The team produced a video called End Racial Profiling Now which can be seen at https://vimeo.com/239227645 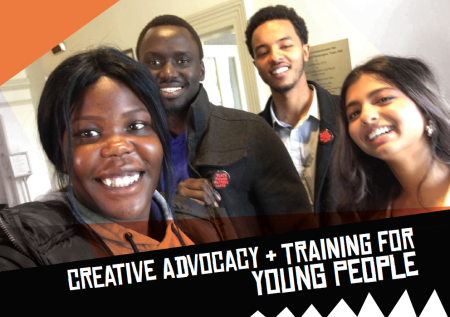 According to Barry Berih “Racial profiling and abuse of power by police undermines our safety and sense of belonging.  We see the harmful social and health impacts upon young people and their communities as part of our work.”

The Flemington Kensington Community Legal Centre would like to congratulate all of the Peer Advocacy Team who have supported and advocated for young people facing racism and discriminatory policing throughout Victoria. This nomination is well-deserved national recognition for the whole team.

Special thanks to the courageous and generous supporters who keep the work of Peer Advocacy Team alive, and to our partners CoHealth and key supporters the Lord Mayors Charitable Foundation, Pick My Project and the Reichstein Foundation.

For all the finalists in the 2019 Awards see https://hrawards.humanrights.gov.au/news/stories/more-finalists-are-announced-year-s-human-rights-awards