On 15 December 2015, Graeme Jensen’s sister Fay Spear filed an application with the Coroner’s Court to re-open the Inquest into the police shooting of her brother on 11 October 1988.  The application asks the State Coroner to re-examine the previous coroner’s finding that Graeme Jensen was in possession of a fire arm when he was shot dead by the now Assistant Commissioner (Road Policing) Robert Hill while driving his car away from police.

Instead the Court is asked to enter a finding that Mr Jensen was not in possession of a gun at the time of his death and that the gun subsequently found on him was planted by a member of the Armed Robbery Squad after he was shot dead.

The new evidence includes an affidavit from former detective Malcolm Rosenes, then one of the surveillance officers present at the time of shooting, which states that he witnessed a member of the Armed Robbery Squad dropping an object he believed to be a gun from a furled towel he was carrying into the front seat area where Graeme Jensen was slumped dead in the car.

A second former detective also provided an affidavit regarding the source of the gun.

Ms Spear’s application, filed by the Flemington & Kensington Community Legal Centre relies on critical new evidence not presented to former State Coroner Hal Hallenstein when he handed down his original finding on 31 October 1994.

Robert Hill and another 7 members of the Armed Robbery Squad and John Hill from the Homicide squad were charged with the murder of Graeme Jensen.  All members were acquitted of the charge.

Other new evidence has also been presented in support of application to the State Coroner.

“If Malcolm Rosenes had described what he witnessed to the Coroner at the time of the original inquest, as well as had he been presented with the other new evidence, the Coroner may have made a different finding,” says Tamar Hopkins, Principal Solicitor at the Flemington & Kensington Community Legal Centre, one of Ms Spear’s lawyers. 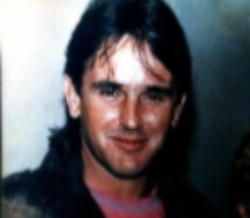 “This is a human rights issue.  Lack of police accountability means that it has taken so many years to get this far.  Due the tenacity of the staff over many years at the Flemington and Kensington Community Legal Centre we can now hope that justice will be done.  The stress of this matter has never gone away.”