Victorian Government must ensure that the Horvath case is not repeated.

Police Accountability Project > Horvath Decision > Victorian Government must ensure that the Horvath case is not repeated. 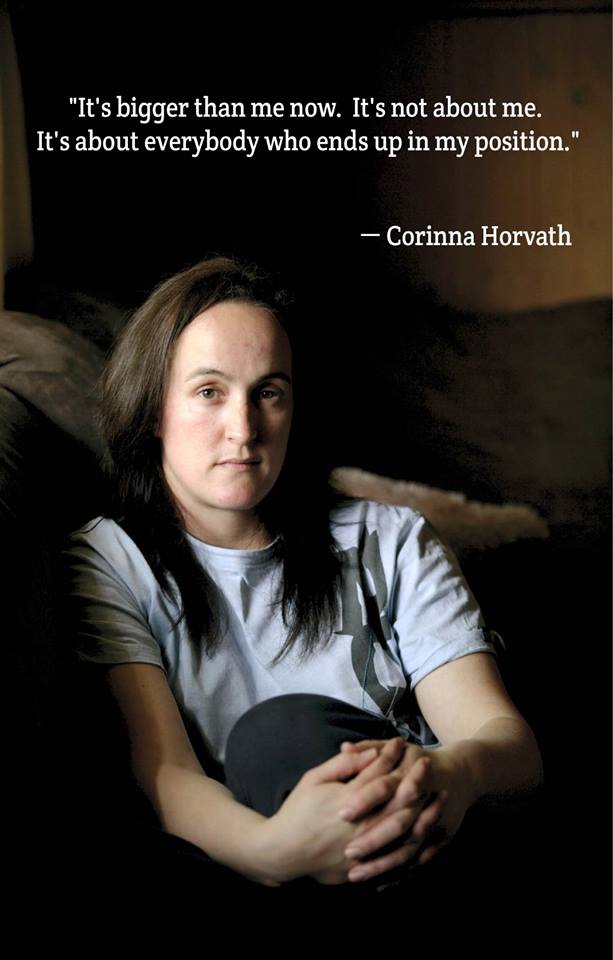 The Victorian Government must ensure that the Horvath case is not repeated.

Firstly, we want to acknowledge the extraordinary resilience, and bravery of Corinna Horvath in her 22 year struggle for justice through the criminal and civil courts, all the way to the United Nations and back to the County Court– not just for herself but for all those who have experienced and who may experience what she did.

We also acknowledge the work of the Independent Broad-Based Anti-Corruption Commission (IBAC) and The Hon Justice Bernard Teague in reviewing the handling of Ms Horvath’s original complaints and recommending the charges be laid which brought about this case.

Although in this case, the jury were not able to find the extremely high burden of proof required in a criminal trial, Corinna’s call for systemic change remains as relevant and as vital as ever.

Police accountability cases like this are notoriously difficult to prove all around the world.

Most often, the missing element is the fast, effective and unbiased assessment of the facts by an independent body.

The United Nations Human Rights Committee has clearly stated that Corinna Horvath, like all other people who allege human right abuses by the state, has a right to have her allegation promptly investigated by a body independent of the alleged perpetrator of that abuse.  Corinna did not get that right.

After examining Corina case the UN Human Rights Committee demanded that all Australian Governments ensure that what happened to Corina Horvath is not repeated.

The onus now is on the current Victorian Government to ensure that Victoria has an independent body that can meet international human rights standards – that is resourced and empowered to promptly, effectively and fairly investigation allegations of serious police misconduct like Corinna’s.

We believe that the recommendations currently before Parliament for a new Police Corruption and Misconduct Division to be established within IBAC, will meet those requirements.

The Police Corruption and Misconduct Division was the key recommendation made by a joint parliamentary  IBAC Committee after a 2 year inquiry into how police misconduct allegations are investigated.

It is the Andrews Government’s responsibility now to ensure that other Victorian’s do not have to endure decades of courts and struggles to have their allegations properly heard.

This case concerned a police raid of a residential premises that occurred on the evening of 9 March 1996, in the State of Victoria, Australia. The raid resulted in serious injuries to civilians present. MS Horvath who was 21 years of age at the time, had her nose fractured during the incident and was hospitalised for five days.

In 2001, Judge Williams of the County Court who first considered this matter described the incident as “…a disgraceful and outrageous display of police force in a private house”, characterised by “…excessive and unnecessary violence wrought out of unmeritorious motives of ill will”.

Furthermore not one of the police involved had been dismissed from Victoria Police or prosecuted for assaulting her until IBAC laid charges against Leading Senior Constable Jenkin in 2016.

In 2007, Dyson Hore-Lacy SC, who had appeared at the original trial and in the subsequent High Court Appeal, recognised that Ms Horvath had exhausted all domestic remedies and could attempt to seek justice under the International Covernant of Civil and Political Rights to which Australia is a signitory.  Hore Lacey initiated steps with her that would become the Communication to the United Nations Human Rights Committee. Flemington Kensington Community Legal Centre agreed to take the matter.

The Communication below was submitted on 19 August 2008, to the Human Rights Committee of the United Nations in Geneva, Switzerland, seeking compensation from the State and effective discipline of police officers involved.
Horvath v Australia (PDF)

The International Covenant of Civil and Political Rights places the burden on the State to ensure that police do not abuse human rights, regardless of police intent when they act. It further requires the State to compensate victims where this has occurred.

In September 2014 Corinna Horvath received an ex-gratia compensation payment from the State of Victoria with an accompanying written apology from Chief Commissioner of Victoria Police Ken Lay. Read more here>

In November 2016, IBAC announced  that it has charged Leading Senior Constable Jenkin “with assault offences in relation to an incident in Hastings in March 1996.”

Ms Horvath has shown great courage and commitment to justice over 22 years. It is hoped that the impact of her bravery and tenacity will benefit all Victorians through generating real legislative reform that will ensure the safety and human rights of all Victorians.

A full background and the UNHCR Decision can be found here: https://www.policeaccountability.org.au/corinna-horvath/